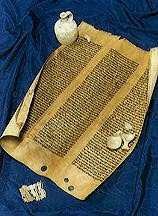 Does the history of doctrine make any difference at all? Yes. It has at least two values. One, like a detective, you can investigate in many cases where and when false doctrines originated. Showing that a doctrine started after the Bible was completed could be helpful in exposing it as a fraud. Seeing that false teaching expanded after a particular religious movement can explain where it came from. Two, since there is no private interpretation of Scripture (2 Peter 1:20, 21), the correct interpretation of the Bible usually will have some basis in history. If it doesn't, then there is likely a historic reason. We can't start with historical interpretation. We start with exegesis of Scripture, pulling out the correct meaning using the grammar and context. After we are sure it is what God is saying, we look at what others have said.

There are several weaknesses or potential pitfalls to the history of doctrine: (1) God didn't promise to preserve history. We can't know for sure what truly is history; (2) Most of the history comes after the invention of the moveable-type printing press in 1440, so we often get a skewed perspective; (3) Much of the history was preserved by doctrinally perverse people who had the power to write the most and yet to destroy what others had written. The history of true believers is a trail of blood. They couldn't write much on the run from the government and state church people. When they did write things, they were often destroyed by the same cast of characters. And (4) Some of the important historic doctrine came as a reaction to some attack on orthodox teaching, motivating a flurry of writing on that subject at only a certain point in time. History must be interpreted with this in mind. For instance, not much was written on creationism until the attack from evolution. That doesn't mean that creationism isn't historic doctrine; just that people who believed in it didn't see the need to write on it extensively. Because of this, most creationist material is relatively new.

Here's the application of this that I wanted to get to. I believe that historic ecclesiology backs a local only position. The church, the body of Christ, is local only. I also believe that history shows the departure from truth to be the universal church position. I'm not going to give you anything too in depth in this small space, but let me give at least two important ones. First, the earliest patristic writings back a local church position. If you read Clement of Rome, you will read only a local ecclesiology. Second, the earliest othodox doctrinal statements support a local church position. Read The Schleitheim Confession of 1527, the Discipline of the Church, 1527, and Ridemann's Rechenschaft, 1540, and you will see no universal ecclesiology, only local. Certainly, later creeds and statements read a universal position, but I believe they were influenced by Roman Catholic theology, essentially Augustinian theology mixed with Platonic philosophy and tradition. To start, of course, the plain reading of Scripture reveals a local only church or body. The Scriptural position in this case is also supported by history.
Posted by Kent Brandenburg at 11:07 AM

I wrote a paper on this topic in college. I published it on my blog - http://jack.baptistblog.org/post/5/143

I would appreciate your feedback. I did not edit it all from when it was submitted as a project. Thanks.

It looks pretty good, Jack. I wrote the cliffs notes version in my blog, but just wanted to challenge the notion, which is the common defense of universal ecclesiology, that their position was the historical position.

I would like to see the other values you see.

What do you mean by values?

Hey, Bro. What is your policy on quoting you? I would give you credit. Say on FB? Thanks.

The link: http://jack.baptistblog.org/post/5/143
does not open