The Scriptural Prohibition of Alcohol 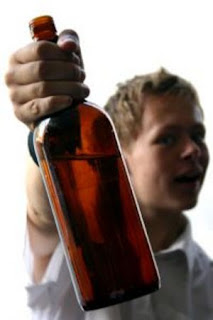 Here is a sermon I preached this last Sunday night at our church on the Scriptural prohibition of alcohol. You can listen or download here. It's an expositional message about 45 minutes in length. I post this because of the growing number of confessing evangelicals in support of alcohol.

Posted by Kent Brandenburg at 12:54 AM 7 comments:

I would first like to apologize to anyone offended at my thinking that this is one of the funniest things I have ever seen.

Scripture teaches separation everywhere. We also learn from the Bible how to separate. Here is a sermon I preached on June 29, Sunday evening, this year, entitled How To Separate (click on link to listen or download). Much of the bad reputation of separation and of separatists comes from how separation is practiced. This message will consider what God's Word says about it. Tell me if you agree or disagree. Perhaps if men knew how to separate, they might obey the Lord in this matter.
Posted by Kent Brandenburg at 7:06 PM 6 comments: 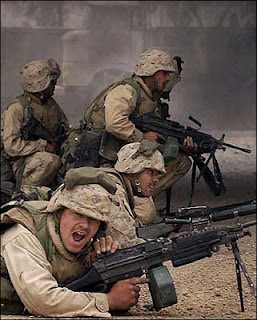 I'm not a Bush apologist. I'm ambivalent about party loyalty. I didn't vote for him in either 2000 or 2004. I voted American Independent/Constitution Party along with all the other less than 1% of Americans. Did I waste my vote? No. Presidents are elected by an electoral college. President Bush wasn't going to win California and I liked the American Independent candidates better. Who were they? 2000--Howard Philips. 2004--Michael Peroutka. Absolutely household names, huh? However, I wanted Bush to win, since I knew my guys couldn't.

I was really happy with Bush's Supreme Court appointees. For all the Reagan loyalists out there, think about who he appointed. Two of the four were good. Rehnquist--good. Scalia--good. O'Connor---bad. Kennedy---bad. I recognize that the two bad Reagan Justices are better than the Clinton and Carter appointments still on the Court, but they regularly came down on the side of the liberals on very important decisions. Kennedy exemplified this recently with his opposition to the death penalty for child rapists. W's dad gave us Souter. Ouch! But Clarence Thomas too. So Bush looks angelic with his two for two, John Roberts and Samuel Alito. And they have performed very nicely in their time on the Court. By the way, who is a good justice? Someone who fulfills the Constitutional purpose of the Judicial branch, to interpret the law. They should be making their decisions based on the constitution, not making new law.

President Bush's Iraq War, especially due to the daily scathing hits he takes from the drive-by media, has his popularity rating at 23%. The media also pounced all over the Valerie Plame case with constant speculation that was all debunked by Richard Armitage confessing that he truly was the source of the leak of her identity, not Scooter Libby or Karl Rove. What they didn't jump on was the exposure of the lies by her second husband, Joseph C. Wilson, described in this National Review column. Bush has actually been fully vindicated in the Plame case, but people wouldn't even know it because the mainstream media doesn't report it. It seems that every single prisoner "abuse" issue sticks to the president like Velcro. They advertise the number killed in Iraq incessantly even though most wouldn't know that we see more murdered in California in two years than men who have died in combat in Iraq in five. At the same time, they don't eagerly pick up stories like this about Obama. Maybe it will get traction, but it would seem that the two issues that would resonate in this election would be gas prices and foreclosures. Obama doesn't want to drill and Obama may have been personally involved with corrupt mortgage brokers.

The talking point on the Iraq War has been "War of Choice." They picture President Bush as out to get revenge for the assassination attempt on his father. They paint him as tied in by greedy oil companies. Then they get started on how the war has been fought. Regarding a War of Choice, we haven't heard almost anything from people who are actually involved in the decision making on Iraq. Scott McClellan, the former White House press secretary, wasn't an inside participant---he reported just what he was told, even by his own words. Now someone truly credentialed is writing and it is W's Under Secretary of Defense Policy from 2001-2005, out with a new book, introducing it with a column in the Wall Street Journal, totally debunking the "War of Choice" mantra. That should be put aside permanently now. It won't because of Democratic sycophants, whom the media loves, but it should be. The White House decided it was a war of necessity. Maybe it was or maybe it wasn't, but they had to make a decision that would impact whether we could become a target of a nuclear attack. The rest is history.
Posted by Kent Brandenburg at 12:37 PM 5 comments: 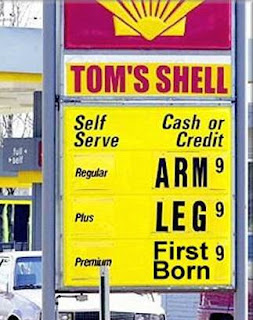 Obama and others (including my congressman, George Miller) make the inane argument that offshore drilling would take 20 to 30 years to impact oil prices. On the other hand, they say that costs skyrocket mainly to fuel "speculators" (actually investors, their politically charged word). They say about anything that they think will work to calm especially the undecided voters who likely vote their pocketbook. The high gas prices hurt the Democratic largest demographic more than any people group and they must convince them that gas prices are higher, not because of government regulation, a barrier to oil production built by the Democratic party and their inseparable relationship to radical environmentalists, but because of greedy rich Wall Street "speculators," who are actually Republicans. We will see if this line coming from the Democratic presidential candidate, his party, and his surrogates will work on the American people. It isn't true.

You actually can't have it both ways. When people "speculate" about, that is, invest in oil, they must determine what the oil prices will be based on supply and demand. If we aren't doing more drilling and refining of oil, then the prices are bound to go up. If we escalate the process of oil production, investors will see the future increased supply and see the price of oil going down. Some bidders will "speculate" cheaper oil prices and the dollar amounts of bids will decrease. The reality of drilling will lower gas at the pump.

A former Reagan economist makes this point about commodities, including oil, in this week's Wall Street Journal.
Posted by Kent Brandenburg at 7:47 AM 2 comments: