Keswick's Errors: Ecumenicalism & Summary of Other Errors, in an Analysis and Critique of So Great Salvation by Stephen Barabas, part 1 of 17

See here for this entire study.

A World of Lies Starting with a Church of Lies

Satan is the Father of lies (John 8:44) and as the prince of this world, he rules a world of lies.  The lies fool most of the people almost all of the time.  It's worse than ever.

Someone hacked the emails of the Democrat National Committee (DNC), gave them to Wikileaks, who dropped them on the first day of the Democrat National Convention.  The emails revealed at least a DNC conspiracy against Bernie Sanders, rigging the primary against him, and then collusion of the mainstream media with the Democrat Party.  Anyone who cared already knew the reality of both the conspiracy and the collusion -- facts however denied by the type of people who wrote the emails.  To start, Democrats already lie about the conspiracy and collusion like much of everything else they lie about, so they got caught, right?

As soon as Wikileaks published the emails, the spin from Clinton campaign manager, Robby Mook, was that the Russians hacked and then leaked the emails because they want Trump to win, another lie.  When asked how he knew this, Mook said "experts" were saying that.  He was just repeating the experts.  When asked who those experts were, he gave no answer.  More lies.  The media colluded with the Clintons by continuing the story of a Russian conspiracy.  This is has been the talking point in the media since then, turning the story from a DNC conspiracy and collusion to the Russians messing with a U.S. election [the latest:  Trump jokes about Russia finding Hillary's 30,000 emails, and CNN reports that Trump is encouraging Russia to hack Hillary Clinton -- speaking of a clown car].

Julian Assange laughed at the Russian conspiracy theory.  He said that the DNC has admitted they've been hacked many times.  No one needed the Russians for that.  As an aside, why would anyone think now that Hillary Clinton's personal server wasn't hacked if the DNC had been hacked?  Wikileaks published the emails, not Russia. The leaker himself, Julian Assange, professes the leak.  Everyone know he's the leak.  Nothing is more patently obvious than Wikileaks leaking.  Professional leakers at Wikileaks leaked.  The DNC says it's the Russians and they keep repeating this lie.  They know their audience -- extremely gullible.

I had never ever listened to one Bernie Sanders speech, not even a small percentage of one.  On Monday night, I listened to about half of Elizabeth Warren's speech and then half of Bernie's.  Warren wrote a speech that anticipated a supportive crowd and without that, it was painful.  She herself is painful to watch.  I had never heard a speech from her, and I really don't get her popularity.  I do know she herself lied at least half a dozen times in the short time I watched her.  She lies with tremendous ease.   Incidentally, she looks nothing like an American Indian, one of her claims, another lie.  I started watching Bernie's speech because after watching part of Warren's, I was wondering how or if he could bring the convention back from a dangerous precipice.

As rigged as the election has been against Bernie Sanders, his entire worldview is an elaborate lie. What he spews forth could never work.  Like Margaret Thatcher famously said, 'he would soon run out of other people's money.'  Sanders is a liar of the Henry Hill variety, who is selling everyone on a boys band, yet he doesn't know a lick of music.  He offers everyone about everything they would ever want with no possible way of accomplishing it.  He did it again in his speech and said that Hillary is the best possibility left to redistribute all the free handouts.

Most churches in the world play the same type of charade that the DNC is doing at its convention. Bernie Sanders in his speech touted Clinton as a champion of diversity.  The DNC divides Americans with identity politics and calls it diversity.  Most churches pander to members and constituents by accepting diversity in belief and practice.  Come how you are.  Worship how you feel.  Almost everything is tolerated.

What's wrong with the United States?   The gospel must be freely offered, attempted to be preached, to everyone.  The gospel is the solution.  It must be the gospel though.  The gospel isn't being preached much.  Believers are often ashamed of the gospel, the actual gospel.  I'm not saying they aren't ashamed of their successful church growth methods.  They love those.

After the obvious first explanation, the gospel, the problem, as I see it, is the inability to point out what's wrong.  There is so much toleration of error, because men are uncertain about absolute truth. You can't tell anyone they're wrong today.  They don't want to hear it.  They don't think you should be saying it, because no one can really know for sure.  This is diversity, by the way.  You accept it.  It's diverse.  We need diversity.  No, it's wrong.  It's sin.  It's ungodly.  If people aren't sure about the Bible, which they're not, not sure they can know it or apply it, then no one can or should be judged.

The only acceptable truth is that everyone is accepted, everyone except the intolerant.  I think the North Carolina bathroom law is insufficient. However, look how serious professional basketball is about it.  They removed the NBA all star game from Charlotte because of the intolerance of transgender bathrooms in the state of North Carolina.

The message to police today is that you must tolerate certain behavior.  If you live in an urban area, like I do, and you get out every day, which I do, then you see bad behavior every day.  I could write a very thick book on it.  Anyone who lives in a place like I do, knows this.  If you say anything, you're in trouble.  You're the one in the wrong.  People are afraid to say or do anything, except for people with bad behavior.  The people with the bad behavior are more and more bold, because they feel less threatened than ever for behaving like they do.  This started with churches who won't tell people that they're wrong. It's antithetical to church growth.  If the churches won't stand, then no one should expect anyone to stand, especially the Democrat National Committee.
Posted by Kent Brandenburg at 11:37 PM 2 comments:

Three words came out of the Republican National Convention the most memorable and controversial: "Vote Your Conscience."  I'm sure that I've never heard those three words used more.  I became curious to their usage and meaning.  At Google books, "vote your conscience" occurs 2,810 times. Before the year 2000, "vote your conscience" appears there 15 times.  That leaves 2,795 times the year 2000 up until today.  This phrase was not in popular usage until after 2000.  Why wasn't it used before?  More than ever, people don't understand the conscience.  When they did, they didn't say "vote your conscience."  In a day when the conscience means the least, it is used the most.

I won't be relying on my conscience for my vote in November.  I don't remember ever depending on my conscience in any election ever.  To vote in a democratic republic, someone should study the candidates and the issues, developing a checklist for the pros and cons of each possibility.  My priority for voting is what is best for the country.
Posted by Kent Brandenburg at 11:58 PM 6 comments:

I am a Pigeon: A Manifesto for Marriage Equality, Animal, Gay, Lesbian, Transgender, and Transspecies Rights 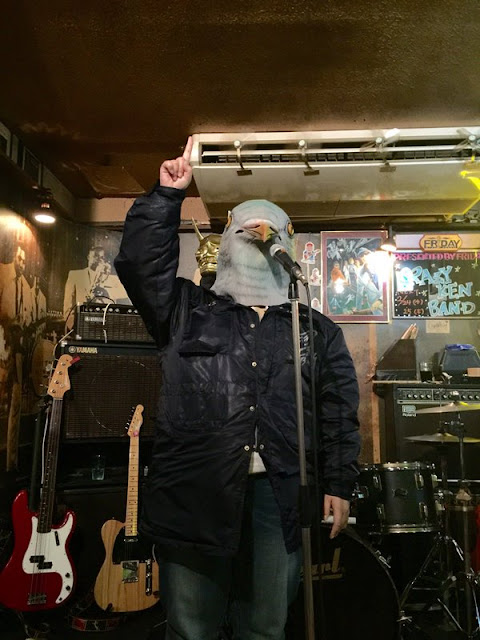 The article above was originally published here.

Posted by Kent Brandenburg at 12:30 AM 3 comments: