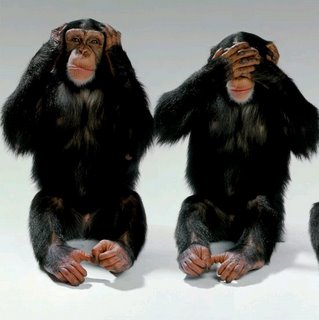 The earth is traveling at 1000 miles per minute. That's fast. I remember pushing kids on the merry-go-round at the playground, pushing, pushing, spinning, spinning. If kids didn't hold on, they went flying off. We're not holding on, but God makes sure we stay on. He also takes care of our distance from the sun, the hydrologic cycle, and then our hearts keep beating. Everyone should be considering the goodness of God and be thankful, but they're not. Increasingly, people don't care about God. Most of them don't even go to church because of Him anymore. They go because of some felt need. They think church will make them feel better. What happens?

Romans 1 explains it. In v. 18, Paul writes, "For the wrath of God is revealed from heaven against all ungodliness and unrighteousness of men, who hold the truth in unrighteousness." The word translated "hold the" means "to hold back or suppress." It isn't as though that someone under the wrath of God is holding the truth. The meaning of this is "suppressing the truth." Instead of believing the truth about God; they suppress it. They don't admit it. They don't acknowledge it. People don't believe the truth, not because they don't get it, but because they themselves suppress it. They hold it back from themselves in favor of their own unrighteousness. Men and women love their own lusts, their own plans and desires, more than they love God. They won't consider the truth, because it would mean that they would have to give up their current lifestyles of sin. Even true believers can feel this suppression. They keep their mouths closed about Christ because they know what so many will think. It really is operation suppression.
Posted by Kent Brandenburg at 11:17 PM

From another side: Why do men need the gospel? Because they are lost without it, and that the wrath of God is revealed from heaven aganist the wickedness of men who supress the truth in an unrighteous manner and lives. God gives men over to uncleaness (1:24); vile affections (1:26) and to a reprobate mind (1:28). But God occassionally breaks thru into human history to show His displeasure of man. Examples: Gen. 7, the flood; Gen. 19 the destruction fo Sodom and Gomorrah;
and the punishment of Korah, Dathan, and Abiram (Numbers 16:32).Regardless of how much we love God and live by His word, those temptations abound profusely. Our world is indeed a very worldly one and our responsibilty as God's people; the "body of Christ" grow stronger daily. "The full armor of God" is just that.Leave out or off one piece and the world is waiting to replace it with worldy things.
I always feel better when I have been in Gods House, but then again I do have to come back out. The true "house of God" lives within and without of us. The thing is do we keep our doors closed and no one sees inside that house or do we keep our doors and windows open so as to let the "Christ in us" out to the world? God gives us that free will.
From inside looking out it's pretty wicked; so I prefer to look from the outside in.....I see God there...
Guess you struck a nerve Pastor B.
ILA

Operation Supression? I am sure that you wrote this, but forgive me for saying it really doesnt read as being yours. We supress many things in our lives: hurt, anger, fear,tears etc. We can do that without getting hurt. Supressing Christ will be one that we ultimately pay the price for supressing. I like your friends pictures. Remind me of some people I know....see there you go!! I could have "supressed" that but didnt.
From Blessings Hill,
Ruth

It all just happened. Amazing how an explosion creates such order in the universe and things that are so perfect.

The ROUSs of the world hear you. Loud and clear. (Bigger rats have bigger ears).

I think the blog for today will help sort through some of those things.

Unbelievers suppress the truth, because of their unrighteousness, and as a result, choose to believe a lie, their foolish hearts darkened. At the root of it is unthankfulness, discontent, not choosing to see God as a good God.

Rodents of Unusual Size? No special message for anyone. Just thinking about Rom. 1

Isn't amazing that there are fundamentalists out there who think God can keep the whole universe together, but yet who think Him incapable of preserving a few hundred pages of text?