Is It Impossible to Be Consistent in the Practice of Separation? 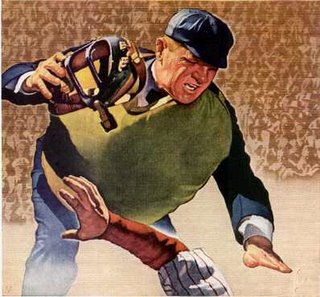 Years ago, I was talking to the president of a parachurch Bible college, and he said (I'll never forget the exact words): "It's impossible to be consistent in matters of separation." In essence, he was telling me that no one could possibly obey Scripture. I didn't believe him, but I know why he thinks the way he does. Most people don't take Scripture seriously enough to be consistent in separation. It isn't possible without a Biblical ecclesiology, either in doctrine or practice. Seeing that he was working out of a Scripturally untenable institution, he chose just to be inconsistent. Calling disobedience inconsistency makes it sound like it's permissible. It isn't. We can see the problems that occur even short-term for us, but even greater, that God isn't pleased with its faithlessness.

I wish this wasn't such a touchy issue. Do you think it might be so sensitive because Satan is fooling a whole lot of people? I think so. He doesn't want them to get this right, because as long as He has them fooled, people won't be able to obey God's Word. I'm going to try to explain it very simply to you, and maybe touch on this in future weeks to be a greater help.

If the church is all believers, then everyone must work together for unity. However, the differences in doctrine and practice among all believers is massive. In trying to get along, believers lose purity. In attempting to have purity, they lose unity. To be able to have both, men reduce doctrine and practice to something that they think that all the saved can agree upon, something like five fundamentals. But then, some men will say it should be more than five fundamentals. Most of these at least narrow the doctrine and practice down to essentials and non-essentials to make unity the most crucial doctrine. Making a said "non-essential" to be an "essential" might be called legalism. For some, the doctrine of unity is labeled "agreeing to disagree." In an attempt to find some kind of unity, churches or pastors will get together based on a common doctrinal statement, and then preach messages somewhat generically and have discussions that are non-controversial. Truth stops becoming the common denominator. Now unity is more important than doctrine. The worst offense is not fitting in. And it really isn't unity either, because all believers have splintered into even dozens of groups---the BBF, FBF, GARBC, SBC, etc. If not fellowships, then colleges or seminaries or very influential men become common ground. All of this, every bit, comes out of the belief that the true church is all believers, rather than the exegetical position that the true church is an assembly of baptized believers, only local.

So you see, with the wrong view of the church, both unity and purity are destroyed. As a result, right doctrine and practice are corrupted, and God isn't honored. On the other hand, with the right view of the church, God's tools of church discipline, the Lord's Table, pastoral authority, and real separation, among other things, work towards the consistent unity and purity that God designed. None of us should settle for anything less.
Posted by Kent Brandenburg at 10:11 PM

What a thoughtful and truthful post. Thanks and Amen!

"Churches" today fall under many hats that never wear the body of Christ. They are more a "fellowship for friendly partakers". The Great Pretenders was a play many years ago, but so true about "Christ Impersonators". A couple of months ago I went with a friend to a meeting of general non-specific people. When discussion of the Bible and churches perked my interest the guest stated...and I quote.."I really don't believe God intended for Christians to live by all those rules today"! My answer to that as I exited the scene was ....read 1 John 3:24..(one of your favorite books) "...he that keepeth His commandents dwelleth in Him, and He in them...we know that He abides in us by the Spirit that He has given us". If you dont plan to live by them all...then the name of "Christian" just cannot apply....according to my Bible. We have mocked the term of Christian; abused the House of God and taken lightly the very commandments ( not suggestions) He wrote as a way to keep us in His perfect will.
Personal opinions are great..as you know with your "Blog #103? But, they just do not count when it comes to God's word. If it does may I please have book, chapter and verse?
But.....I suspect I am preaching to the choir, Pastor B.
ILA

I saw the choir nodding, and not off, ILA.

Well, I see Ila is blogging again. Not bad, lady. When I was young and a faithful church goer (there is a difference in going and worshiping) I often wondered who some of these people thought they were fooling with their Sunday morning behavior. We seldom even saw a deacon on Sunday nite and Wednesdays were a definate "no" for them. But, they could sing the loudest, pray the longest and greet the most at the morning service. When I was a teenager I got brave enough to ask the Pastor if they lived by a different set of rules. Never mind the answer I got...seems maybe he was living by his own set. I travel a lot and attend a number of out of town churches. It's always amusing but sad to me to see the difference miles can make and yet we are all preaching, teaching and living by God's Holy Word,theBible..Isn't that correct, Pastor? Much more of the truth is we change to words to meet the need of the hour; the service to make it more convenient for the "goer"; the music (struck a nerve?) so worhip will be more attractive and if that isnt enough we can do two services for you. One is the old time traditional one and one later in the day ( for you late sleepers) that is contemporary. May I have the scriptures for that?
Guess I should quit blogging on your blog and go to my own.
Nice blog! See you all next time on Blessings Hill.
Ruth