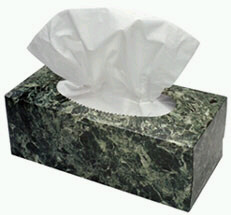 I WROTE THIS ON SHARPER IRON. IT CONTINUES MY POST FROM YESTERDAY ON THIS BLOG. I THOUGHT IT WORTH THE TIME TO POST IT HERE. I WAS WRITING TO A GUY GETTING BOMBARDED THERE BY THE OFFENDED.

I really don't know what the grounds for discussion are any more. Anyone can pull the offense card about any time that they want, and that essentially ends the discussion. The tone of your voice happens to kill my potted plants, and since you are creating too much carbon dioxide, the ozone is enlarging, threatening planet earth. I don't think the class of offended should be given so much credence today. The kleenex argument.

Personally, I thought that SI was a forum to criticize if we wanted. After all, if you're wrong or not, you're probably going to get shot down, and 'walla' we sharpen each other. However, if we are completely (maybe moderately; don't want to offend) discouraged from giving a different point of view, that kind of seems to squelch the whole thing. Interestingly enough, where just a little bit of heat is created, more readership occurs, I haven noticed. When people skip-to-my-lou, almost no one gets interested here. I know SI serves as more than just a forum for debate---ex. the Da Vinci Code articles. Look how many people read those threads though. They get few visits, it seems. Not because they are not good, but because I think most people have made up their minds that the Da Vinci Code is a heap of hog slop. I don't think any of this justifies unscriptural behavior, but usually two people disagreeing on something they think is important will get two passionate presentations out there. People then can decide what they think. So far in my very limited discussions here, I have noticed that there are offendeds looking for a place to happen. They are superior in their feelings to others. They hurt more for others. They bite their bottom lips and bleed for others. How can I compete in this competition of mourning? I'm already on my side in the fetal position.

I thought yours was a legitimate point about PCC, but I noticed myself that the official treatment of resignees was grapes and velvet pillow. I was simply pointing that out, and then wondering. Elijah wanted the priests of Baal to cry louder, but he knew it would avail them nothing. I think if we cry louder, we, the squeaky wheels, will get the oil. Offended crying might be the newest sacrament of religious affection.

By the way, I don't know how to use happy faces, because if I did, I would riddle this letter with them. Smiles galore, so that people would know that I was smiling so that I wouldn't have to hand them a box of puffs.
Posted by Kent Brandenburg at 2:29 PM

It really offends me that people get offended. Could you pass the kleenex. I'm going hunting for the place you posted this on "SI the greater". I can't wait to see their response. Roman citizen seeks carnage. Be right back!

It offends me when people get offended. Could you pass the kleenex? I'll use it while I browse the SI blog, looking for this comment. I want to see the huffy replies, the evidence of lips stuck out. I can't wait to read the outcry. How dare you! I love it! Roman citizen seeks carnage. Be right back! Don't go away!

They closed that particular thread on SI. They may have run out of kleenex.

I am definately offended now...I thought I was before but couldnt decide; the vote is in and its for sure....I am Offended with a capital "O". How could you talk about Kleenex and Puffs and not even give an honorable mention to "Softee Wipes"? Are you truly that uncaring?
Makes just as much sense. You just cant be offended when its the truth..so, thats the way I see it.
ILA