Books and Dealing with People 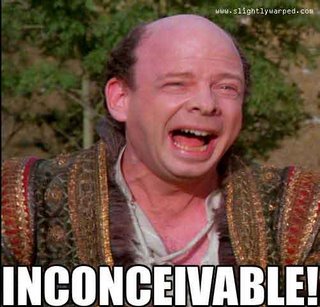 I got home from preaching in Utah and was welcomed by my copy of God's Word Preserved by Dr. Michael D. Sproul. It is sort of ironic that I was coming from Utah, because in his book, Dr. Sproul compares me to a Mormon. Here's how he does it: "In the last chapter of the Book of Mormon a reader finds the testimony of all true Mormons and their "burning breast" experience. If a Mormon cannot explain his beliefs (sic) he is instructed to tell his opponent that he experienced a "burning in his breast" that transcends all argumentation and this is how he knows Mormonism is correct. This is exactly what Brandenburg does with fideistic faith in his recent 'KJV only' book" (p. 318, he does this Mormon thing first on p. 144, and then goes on to do it 5-10 times in the book). Hmmmm. This is exactly what I do? I (1) instruct people to use a "burning breast" experience, (2) use this sort of experience to tell if what I believe is correct, and (3) can't explain my beliefs from Scripture? When I was evangelizing Mormons, six or seven at once with Pastor Dave Mallinak, we were quoting verse upon verse of Scripture, and they used one passage before they fled to their experience. I never flee to experience for a position. Interestingly enough, fleeing to his own version of history pieced together like a Picasso painting is the manner in which Dr. Sproul operates in his book. That Mormons take up a big chunk of time in Dr. Sproul's book as a means of extrapolating this smear on me and others should tell you about the quality of what he has written. In a footnote (p. 321), Dr. Sproul explains that his big section connecting us with Mormons was very difficult to write, but after praying "much," he went ahead. I wonder if he got a burning in the bosom to tell him that he should publish the blatant slander (Sproul says several slanderous untruths about me personally which I will reveal in this blog in days to come), which he says that he did "from a heart of love." What is very sad is that he totally misrepresents TSKT, doesn't answer its exegesis, and spends pages just smearing us instead.

His major means of arguing against the exegesis of our book, Thou Shalt Keep Them, is by attempting to smear the authors with Ruckman, Augustine, political liberals, Jim Jones (p. 316), Letis, Wilkenson, intellectual morons (p. 322), post-moderns, existentialists, Roman Catholicism, Michael Moore (p. 290), and Mormonism. I haven't seen us compared to Hitler yet, but I will be looking closely. Does this seem like a right way to argue? Some people think this is good stuff. And why do we get this kind of treatment from Dr. Sproul? Because we defend the biblical teaching of the perfect preservation of Scripture. That doesn't sound like a dangerous doctrine, but Dr. Sproul says that we are on track to become a cult if not send people to one. This all comes from a man who in a footnote on p. 187 writes, "A man filled with the Spirit of the living God does not write with acid on his pen, regardless of the situation." In a personal email exchange, Dr. Sproul told me that when he and his people read the review of his book by Thomas Strouse, that they all "laughed." I think Dr. Sproul needs to take a good, hard look at himself when he considers who should be laughing. I just wonder if the Spirit controlled his laughing. Could that be a laughing revival?

I call him Dr. because he calls himself Dr. No one else in the book gets the benefit of a doctorate except him. Smack dab on the front in about 50 point font is Dr. Michael D. Sproul. Look to see if you can find any theological or Christian book on any shelf that puts a Dr. in front of the author's name. In his book, for instance, Benjamin Warfield isn't Dr. Benjamin Warfield. He's just Warfield. Dr. F. H. A. Scrivener is just Scrivener. Sproul, however, is Dr. Sproul. Even in the addenda chapter written by Gephart, his seminary professor consistently calls him Dr. Sproul, while he calls Dr. Strouse just "Strouse." Well, Gephart calls him "Strauss." What does this mean? I don't know. Sproul does say this about me on p. 151, "[He] now insist[s] that everyone must worship [his] interpretation of Scripture." Raise your hand if you think that I insist that people worship my interpretation of Scripture. What I do know is that Dr. Sproul never talked to me personally about any of his conclusions in the book. "Love believeth all things, love hopeth all things." I don't think I was getting much believing or hoping. Sproul could have given me the benefit of the doubt by talking to me first, but he chose not to do that. If he had, he wouldn't have had to involve himself in very silly but also serious misrepresentations of me and our book Thou Shalt Keep Them.

I will bring you more of them in weeks to come.
Posted by Kent Brandenburg at 7:41 PM

How's that saying go? Just keep on keeping on! I know it is tough to deal with critics who slander and misrepresent us and our positions - I am just glad you are one of the 7000 others that have not bowed the knee to Baal (relatively speaking).

Since becoming KJVonly in the very beginning of 98, I have seen so much misrepresentation and falsity, twisting of facts, slandering, building of straw men, etc. on the other side of this issue that it is just not funny - and you wonder when people will wake up. Most won't - but then you find more that are on the same side, that love the Lord and His PRESERVED Word - and you appreciate them and their ministries that much more.

God bless you - and thanks for earnestly contending for the faith.

How's that saying go? Just keep on keeping on! I know it is tough to deal with critics who slander and misrepresent us and our positions - I am just glad you are one of the 7000 others that have not bowed the knee to Baal (relatively speaking).

Since becoming KJVonly in the very beginning of 98, I have seen so much misrepresentation and falsity, twisting of facts, slandering, building of straw men, etc. on the other side of this issue that it is just not funny - and you wonder when people will wake up. Most won't - but then you find more that are on the same side, that love the Lord and His PRESERVED Word - and you appreciate them and their ministries that much more.

God bless you - and thanks for earnestly contending for the faith.

This all comes from a man who in a footnote on p. 187 writes, "A man filled with the Spirit of the living God does not write with acid on his pen, regardless of the situation."

So, is Sproul confessing something here?

He, and many who praise him on Sharper Iron, seem to pride themselves that they avoid extremist views. But if this view (that your book is cultist) isn't extremist, I don't know what is.

Sproul could actually answer your arguments, point and counterpoint. Before he published his book, he could at least have had the courtesy to inform you that you would be a large part of his book. He could have offered to sell it to you, instead of letting you find out what was in it on your own and then find where to buy it on your own. But instead, Sproul apparently chose the "high road", showed how morally courageous he is, and slandered you first. He has quite a head start, considering how much he promotes himself on Sharper Iron.

I hope you will post this or something like it on Sharper Iron. I would be interested to see if he will go toe-to-toe with you there. Or, will he keep hiding behind his keyboard.

Thanks for the comments. I will be including some of the Sproul material from his book on this blog in the future. Anyone with an open mind will not accept the cult smear. Hopefully few people will see this as a scholarly work---it definitely is not.

From reading the parts of his book posted here, it seems to me he is using an element of fear to prevent people from believing the doctrine of preservation.

Instead of using logic to defend his position against your book, he resorts to fear. How? No one wants to be associated with cults/Mormonism. Thus he simply makes this absurd claim. It hints of slight psychology on his part.

Looking forward to reading more on this.

I would say that I agree with the correct view of Scripture, and the idea of someone thinking that God did something imperfectly, believes in an imperfect God and would therefore use imperfect means to prove his imperfect point. That maybe just a bit too simple, but that dosen't make it wrong. Besides, anyone who resluts into a smear campaign (ehh.. hemm... *cough* Hafley *cough*) to get a point across must not really have anything to say, but feels obligated to say something. Aww.. well...

To Doctor or not to Doctor? Is that the question?....Oh, I'm sorry that is not the text here. Did you honestly think he would consult with you about how to best write about you? And, correct me if I am wrong, but arn't you also Dr.Kent Brandenburg? Just something I read somewhere. While I am not "raising my hand" I do think you go a long way to make your point. Rememeber, it's not who wins or looses, but how correctly you played the game.
Like maybe the "Thou Shalt Keep them" theory? Historically people hate being wrong even if they are a "little bit " wrong. But, then again....a little bit will send you to hell...and that is not debatable, Pastor B.
ILA

Pastor, perhaps you should visit "SherriSharinPost"...seems you got your own fan club...

Thanks Chris Topher. You were just perfect. Thanks ILA. Glad you didn't raise your hand. And Ruth, where is SherriSharinPost?

"SherriSharinPost" is a blog by some lady. She has some good comments, but then again, to each his own. Personal opinion she is well read..( present company excepted). Just a bit of free information. I think I got there from some other Blog, but not sure. And I see you visited Blessings Hill. Nice
Blessings,
Ruth

how old were you when you had that picture taken!!!