The Trip to Europe Continued (Twenty-Fourth Post In Total)

France was the last stop of our trip to Europe.  We stayed in Montrouge, just south of Paris, right next to the Mairie de Montrouge station.  On Monday, we arose to take the subway to the Louvre, the famed museum in Paris.  This was the only stop where we did not have tickets in advance, so we waited in line outside in the rain.  It wasn't the best thing to do, but it was good to compare just how much longer it takes at a major site without tickets.

The Louvre has a notable appearance with the glass pyramid above ground, marking the entrance to the museum. 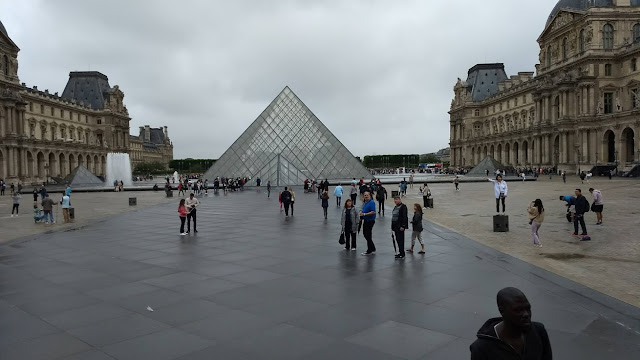 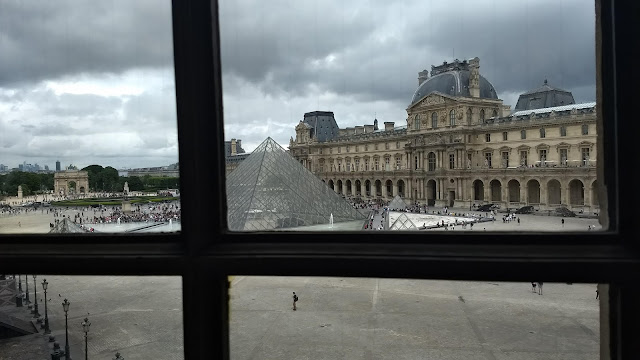 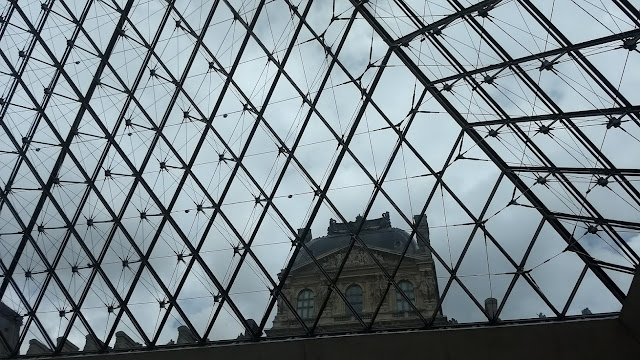 The Louvre contains paintings, sculptures, Greek, Roman, and Near Eastern antiquities, and more.   It can keep you busy, but people mainly focus on the most famous works, which include the gigantic Coronation of Napoleon. 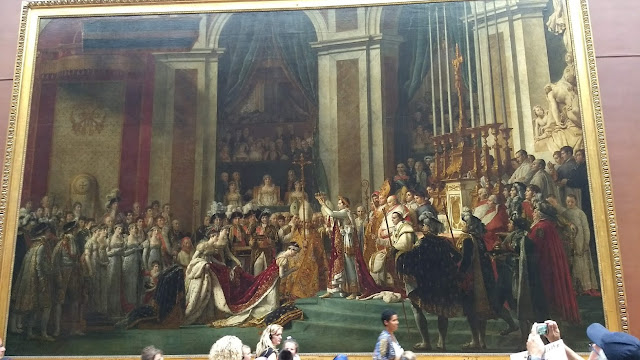 More than anything is the Mona Lisa.  It takes up the middle of one room, and it takes difficult effort to get to the front by the rope.  It is amazing how disorganized it is to move closer with actual pushing and shoving.  Louis XIV kept the Mona Lisa at the Palace of Versailles, where it remained 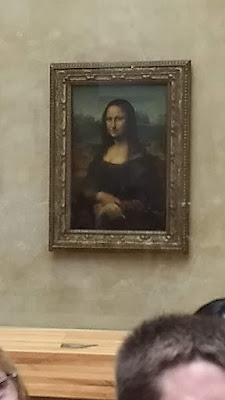 until the end of the French Revolution.  The top of the Louvre Palace has 86 statues of famous men, each one labelled (the middle here, Rousseau and right, Montesquieu). 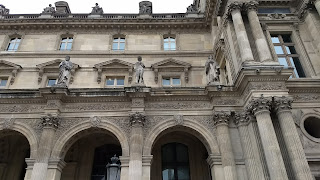 We left and ate at Angelina, and experienced the world famous hot chocolate there.  Afterwards my wife and I sat at the edge of the River Seine, while our daughters shopped nearby.

The next morning I would pick a rental car and we would drive the three hours to Omaha Beach in Normandy to visit the American cemetery, the beach, and the museum there. 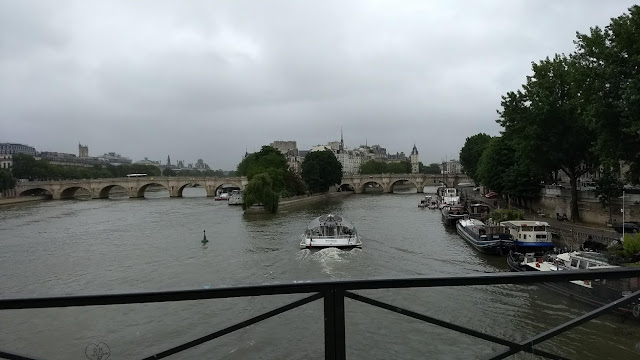 Posted by Kent Brandenburg at 10:15 PM