The Trip to Europe Continued (Twenty-Third Post In Total)

Our plan for Sunday morning, June 18, 2018, was to take public transportation to Biblical Baptist Church in downtown Paris.  We ate a little breakfast at home, walked to the Mairie de Montrouge station to take the 4 train to the Raspail station, where we would catch the 6 train to the Pasteur station, right near the church building, which was a storefront in a very Parisian looking area (as seen below).  One of the scenes unique to Europe are all the vespas or scooters, whole streets full of them parked back to back to back. We walked about half a mile from the station to get there and we got an initial taste of Paris. 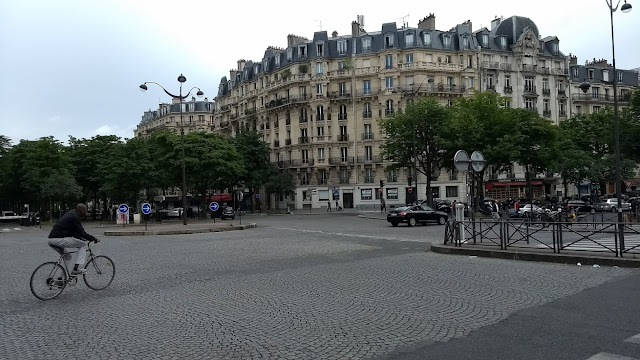 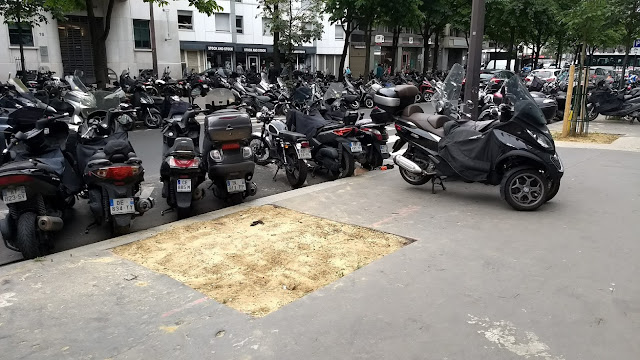 The little auditorium was jam packed, no seats remaining.  The congregation sang God-honoring music.  They baptized an adult couple, husband wife, who had been converted, and both wept as they gave their testimony in French.  A group was visiting from the United States, and they sang and one of the men preached in English with the French pastor translating.  None of it was good.  I felt sad for the French people.  I'm curious about what I call "quality control" in these types of instances, but talking to the pastor afterwards, it seems he was attempting to be hospitable to the guests by allowing it.

The pastor of the French church also told me after the service that they are seeing receptivity to the gospel right now in France.  My experience with missionaries in the past was that France is a cold, almost closed field.  I was happy to see what I saw.  It wasn't a gimmick there with that church and it was warm and alive.  They were growing through loyalty to the Word of God.

It was a few minute walk on a beautiful Paris day to eat crepes at Creperie Du Manoir Breton for lunch.  Was this anything special?  It looked the part, because it was a genuine French crepe restaurant on the street of of downtown Paris. 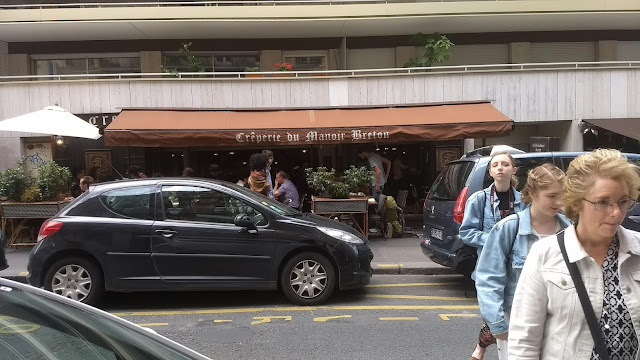 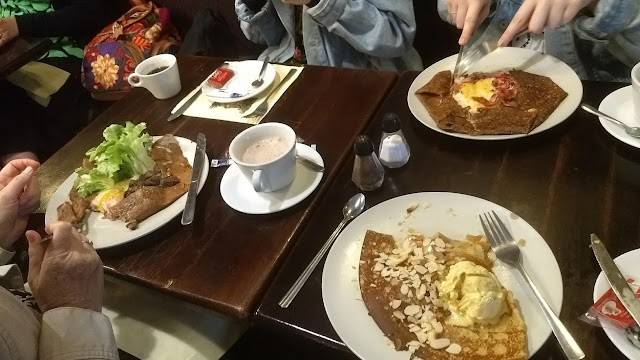 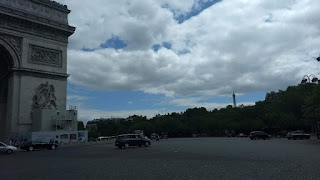 After we ate, we took the 6 train from Edgar Quinet station to Charles de Gaulle – Étoile station, to Arc De Triomphe (wiki), which is also in a great location to look around.  It's a unique street circle too.  There is nowhere above land to cross.  Twelve different avenues empty into and leave this huge uncontrolled circle.  It's entertaining just to see that happen.  Someone, like us, walks under the road through a tunnel to get to the arch and it is an impressive site. 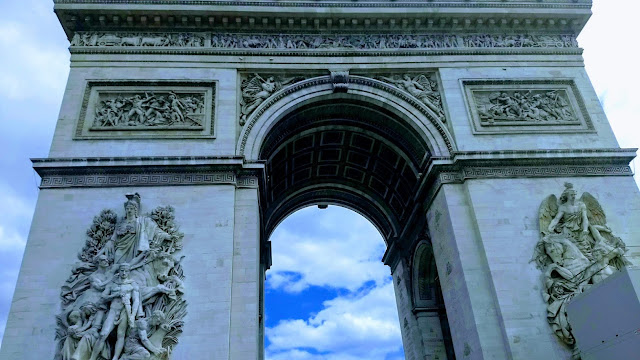 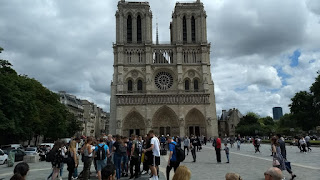 The rest of the day we walked around these avenues and saw some of the impressive sites in Paris along Avenue des Champs-Élysées down to the Seine.  We ate at Angelinas and walked to the Cathédrale Notre-Dame de Paris along the Seine River.  A walkway exists along the Seine leading from one stone bridge after another.  Paris is unique and historic city. 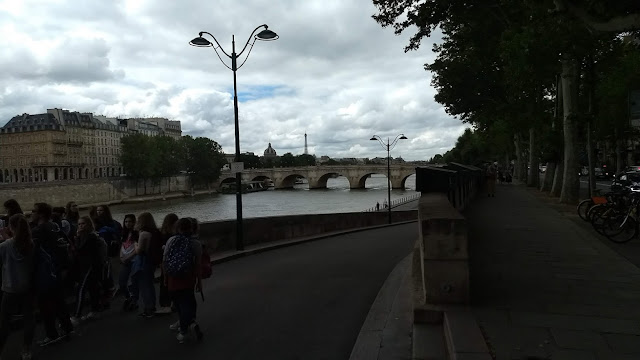 I'll write more about my impressions of France in future posts.  We arrived late Saturday night and would leave on Thursday.  We saw the most important sites in the Paris area and were glad to see them.  However, it was my least favorite place of anything we visited on this trip.

Posted by Kent Brandenburg at 9:18 PM