Israel in the Land of Canaan: Perfect Spot to be a Light to the Nations

The nation of Israel, in the land of Canaan, was God's institution for His worship, for passing on the truth about the coming Messiah, and for preaching the gospel to the nations both in picture through the sacrificial system and through direct calls to the nations to repentance and faith in Christ in texts such as: "Kiss the Son, lest he be angry, and ye perish from the way, when his wrath is kindled but a little.  Blessed are all they that put their trust in him" (Psalm 2:12); see Truth from the Torah here for more information).  Have you ever thought about the location in which God put the land of Canaan in relation to His purpose that Israel be a light to the nations? 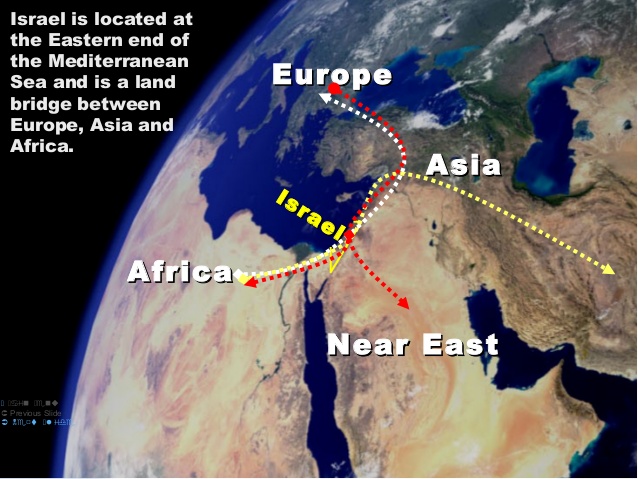 The location of Israel was perfect for reaching Europe, Africa, Asia, and the Near East.  It was also the center of international trade routes.  Have you thought about how much less effective of a location the nation would have had if God had put it, say, in Madagascar?