The Trip to Europe Continued (Fourteenth Post In Total)

Some of what we did on Sunday, June 10, still in Scotland, I included in the very first part above.  We attended a morning service at Glenrothes Free Baptist Church in the morning and ate lunch at the Gleasons in the afternoon.  Pastor Jon Gleason pastors the church in Glenrothes.  He has commented here at the blog, as I at his.  They were very gracious hosts.  I also talked about the church we attended on Sunday night, Leith Free Church, very close to where we stayed.

I got up early with a few purposes in mind.  I needed to take public transportation to pick up a rental car from the airport.  I left from The Shore in Leith, where we were staying for a fifty minute bus ride on Skylink 200 to the Edinburgh Airport Enterprise. 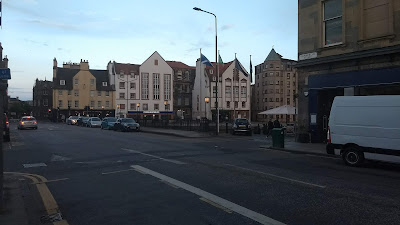 I disembarked at the bus stop, walked a little ways to the Enterprise, picked up the car, and drove back to The Shore and picked up my family.  Thankfully, this would be my last time of driving on the left side of the road, the right side of the car, and a manual transmission with my left hand.  The road to Glenrothes crosses The New Forth Road Bridge over the Firth of Forth. 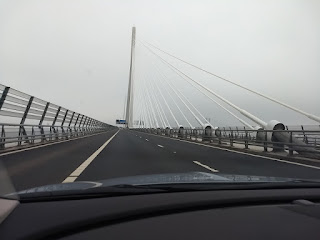 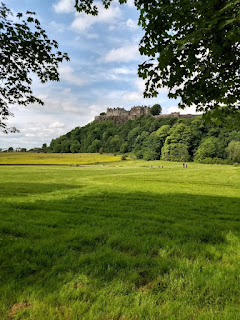 Later that afternoon we took a roundabout trip and stopped briefly at field of the Battle of Bannockburn, perhaps the most important battle in Scottish history, where Robert the Bruce made his claim to fame. We also drove by Stirling Castle.

That night after the church service, the girls stayed back at the flat, and my wife and I took a walk further east in Leith to see the Britannia, the long time royal yacht of Queen Elizabeth II.  Right in front of the large boat is a gigantic three story mall that was open, but almost empty that Sunday night after church.  We didn't take time for a tour while we were there, but you get a pretty good view on the top floor outside porch area of the mall. 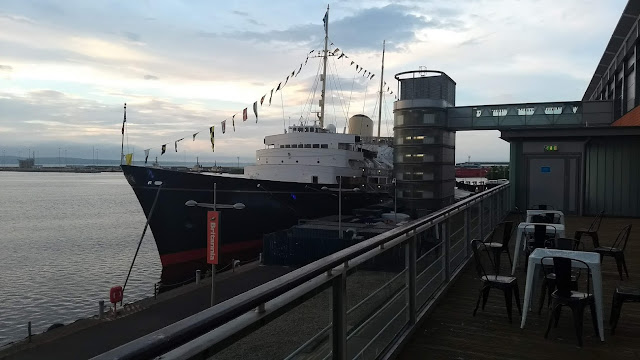 The next morning we would leave very early from the U.K. to fly to Italy.  This was our second leg of this journey and it was a bit of a mystery.  I had never flown overseas.  Now we would fly from a foreign country to another foreign country.  The idea was that we would drive to the airport in the rental car, return it to the Enterprise, and walk into the airport.  From there, we would figure out all that we needed to do.  It would be an interesting and exciting time.
Posted by Kent Brandenburg at 10:07 PM