Revisionist History on the Perfect Preservation of Scripture 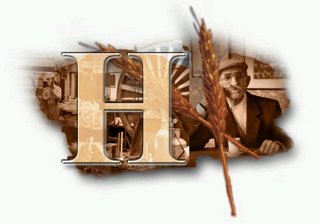 Recently, Mike Sproul, pastor of the Tri-City Baptist Church in Tempe, AZ, wrote a book entitled: God's Word Preserved: A Defense of Historic Separatist Definitions and Beliefs. On the church website is this synopsis: "Definitions are important in any discussion. Dr. Sproul wishes to restate the historical Separatist beliefs concerning God's communication of His Word to man. How have the "Separatist Fathers" understood this communication to His creatures? Are we removing their "ancient landmarks" concerning inspiration and preservation and replacing them with a man-made system of logic?" Notice the last question in this part of the summary of his book. Are we removing "ancient landmarks" concerning preservation and replacing them with a man-made system of logic? The answer is "yes." That is what Sproul and his adherents do. They replace a Scriptural and historical doctrine of preservation with an unbiblical and revisionist one, which is based on human reasoning. In the addendum of his book, a professor in their college uses a chapter to attack the doctrine of perfect preservation, essentially by attempting to discredit what was written and those who wrote it, without actually refuting the solid exegesis of the book. Sproul tries to paint a different picture of historical orthodox bibliology. This is a common way to attack the text, to make the doctrine of verbal, plenary preservation look like something new. In the book, Sproul smears the authors of Thou Shalt Keep Them with having "similarities" to "cults." This would be to say that the doctrine we teach did not originate from Scripture, but some private interpretation not fitting with what Christians have believed since the first century. What is ironic is that Sproul's contention is the absolute opposite of the truth on this matter.

The historic position is perfect preservation. First, it is the Scriptural doctrine, which we showed in Thou Shalt Keep Them. Second, it is the belief that can be traced back earliest or furthest historically. Sproul attempts to form our trajectory back to a mid-20th century Seventh-Day Adventist. This horribly misrepresents the authors of Thou Shalt Keep Them, but also perverts history itself. A second book will follow Thou Shalt Keep Them to show the complete error of his way, but will also unmask the revisionism that has lead to the newer position, the Sproul and Benjamin Warfield position.

Just a taste of the evidence you will be receiving and should understand is in a paper written by Thomas Ross, a member of our church, Bethel Baptist Church in El Sobrante, CA. You can download it for free at http://www.pillarandground.org/KJV.pdf . It will be one of the chapters in the new book. We welcome your comments on the excellent scholarship in this paper by Ross. His paper alone devastates the Sproul revisionism on the perfect preservation of Scripture.
Posted by Kent Brandenburg at 11:49 PM

Pastor B...Having read for many years in many translations of the bible, I always find that man seems to eventually "translate" something into his own thoughts. Perhaps, as you suggest, we should just let them stand as written. The old saying..."if it ain't brok don't try and fix it" certainly applies the God's Word.
Good job. Feel free to visit "HavensChid" and post. I do however moderate, but doubt I would not publish what you write.
Thanks,
Ruth
Ruth

quote from post: "That is what Sproul and his adherents do. They replace a Scriptural and historical doctrine of preservation with an unbiblical and revisionist one, which is based on human reasoning"

When is the second book due out?

Has the second book ever been published? Did plans change? Also, I tried to follow the link to Bro. Ross's article, but the link didn't work.

The material linked to is now here: