How Faithful Is Faithful to Church 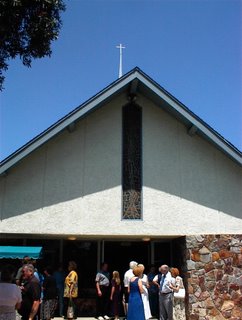 What constitutes "faithful to church?" What says Scripture? Hebrews 10:25 clearly states: "Not forsaking the assembling of ourselves together, as the manner of some is; but exhorting one another: and so much the more, as ye see the day approaching." This verse says that we should never miss. Never? Never. Let's look at the verse carefully to understand even better how airtight this teaching is in the Bible.

First, the context. Hebrews 10 continues arguing before Jews (Hebrews) the superiority of the new covenant to the old, that is, the system of Christ since His death, burial, and resurrection versus the Old Testament priesthood and sacrificial system. Of course, for anyone who cared, Christ is not only far better, but He also fulfilled the old. Old Testament Israel had a very involved, prescribed manner of worship. That regular practice had engrained itself in the Jewish culture. That was tough for any Jew to give up. What would a Hebrew do with that all gone? With Jesus as our high priest, we replace the old worship with the new worship, the assembling of our selves together. This makes the New Testament worship at least equal, but even greater than the Old Testament system of rituals, sacrifices, ceremonies, festivals, sabbaths, and sabbaticals. Would the Old Testament Jew ever be excused from any prescribed worship of the Old Testament? No. Was there any room for a Jew under the old covenant missing a congregation of the nation Israel? Of course not. So the context itself is a powerful argument for faithfulness to every meeting of God's institution in which we live, the church.

Second, the verse itself. The verse itself has several arguments internally that are devastating to someone who thinks it's OK to miss church. Let me enumerate them.
1) Not forsaking. Some might argue that "forsake" means abandonment. I remember a guy that once attended our church who was unfaithful to services. I encouraged his faithfulness by teaching him what this verse meant. He had never even heard the abandonment argument, but once I told him people had used that point, it became his as well. That is a perfect example of fitting the interpretation to the lifestyle instead of vice versa. In Matthew 27:46, the Lord uses this exact term on the cross, when He cried out: "My God, my God, why hast thou forsaken me?" Had the Father abandoned the Son? No way. Certainly in other usages of the "word," the understanding of abandonment could be made, but we also see that the word can be used as a practice of missing something as well. The context helps us see that "abandonment" is not the meaning here.
2) The assembling. The nature of this noun, "assembling," guides our interpretation of this verse. It is the assembling itself that we are not to forsake, that is, the actual act of gathering with the rest of the congregation.
3) As the manner of some is. "Manner" is a habit or practice. Abandonment cannot be characterized as a habit or practice, but a one-time act. This speaks of a regular performance of a particular deed. Some were in the habit of missing the assembling of the church.
4) Exhorting one another. In order to exhort one another, one must be in attendance. To participate in exhortation of another brother or sister, one must see the person, know what the problem or crisis or deficiency is, so that one might say the appropriate words of strength, admonishment, warning, or support.
5) So much the more, as ye see the day approaching. The "day" is the day of the return of Christ, which was imminent, any moment. The NT teaching on the timing of Christ's return was imminence. 2 Peter 3:12, "Looking for and hasting unto the coming of the day of God, wherein the heavens being on fire shall be dissolved, and the elements shall melt with fervent heat?" Titus 2:13, "Looking for that blessed hope, and the glorious appearing of the great God and our Saviour Jesus Christ." Luke 12:37, "Blessed are those servants, whom the lord when he cometh shall find watching." If the Lord could return at any moment, then He could return while you were not assembling with God's congregation. The person who thought Christ could come at any moment would want to be in the place that he knew Christ wanted him to be if the Lord were to return. Any time we aren't assembling could be the time when Christ returns.

Many other reasons could serve in addition to these from this one verse: not being a stumbling block, in order to be a good testimony to unbelievers, because we love God, because we love the Word of God, because we love God's people, because the church is a body and the body doesn't function as well with a missing body part, and many, many more. With all of these reasons combined, don't you think that you should never miss church?
Posted by Kent Brandenburg at 4:47 PM