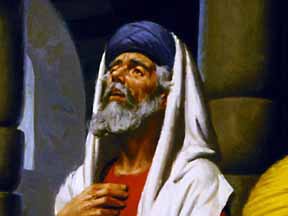 "Isn't that legalistic?" "They took away my desire for God with their over emphasis on externals." These are either outright lies or people deceived. Legalism is either works salvation or works sanctification. Someone attempts to rack up merit points with God by his own efforts. One should not assume, however, that someone with many and strong standards is the legalist. Legalism does not depend on either few or many standards. We have good reason to believe that the Godly, Spirit-controlled person keeps many external standards (Matthew 5:19; Titus 2:11,12).

I contend that most legalism is left wing legalism. The left wing legalist, like the Pharisees, reduces God's commands to a number he can keep on his own. He does not depend on the grace of God, but His own works. We see this with the religious leaders who approached Jesus about what was the greatest of His commandments. Overly burdened with law-keeping in the flesh, they wished to lessen their burden by minimizing the commands. Left wing legalism also makes God's grace into a garbage can, a container to catch all the refuse of fleshly living. God's grace is a cleansing agent, which cleans up our life, including causing us to stop being a bad testimony or stumbling-block. The left wing legalist thinks the way to righteousness is by reducing standards. He obsesses about not having them. This is turning God's grace into lasciviousness, making grace an occasion to the flesh, and sinning that "grace may abound."

Do not be oppressed by those that burden you with reducing your standards, attempting to get you to focus on how little you can do for God. Do not become a left wing legalist.
Posted by Kent Brandenburg at 11:46 AM

Wouldn't it be so much easier for us if we could reduce God's commands to a number. If we could just keep those commandments we would be ok. Imagine if we only had to keep, lets say, 10 commandments. Wouldn't that be a cinch?

Are you a Caleb that I know well from the Northeast? I can't smell your breath over the internet.

I am one and the same. My breath is fresh as a daisy, if by daisy you mean coffee.

I am one and the same. My breath is fresh as a daisy, if by daisy you mean coffee.