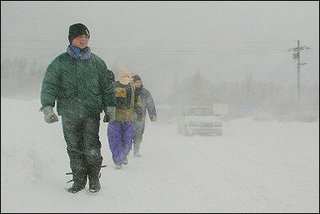 This reminds me of all of the world's so-called science. Darwin debunked due to monstrous gaps in the fossil record. OK, then let's look at microscopic bacteria and watch how they alter themselves to adjust to immunity. Look, see, evolution! But they're still bacteria! They haven't evolved. Not unless you change the definition of evolution. Oh, that's right, they did. All of this starts with rebellion against God, worshiping the creature rather than the Creator, and then moves downill from there. We should all be glad that Judge Jones didn't allow intelligent design in Pennsylvania. The evidence of design would destroy faith. Oh really? They also redefine faith. Faith is substance and evidence (Heb. 11:1), not a leap in the dark. God provides evidence for faith. He doesn't give evidence for everything He said He did and will do, but enough for us to believe.
Posted by Kent Brandenburg at 3:18 PM