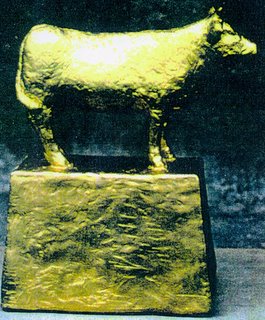 You can have a verse, but that doesn't mean it's what God said.
Posted by Kent Brandenburg at 2:59 PM

Poor Jeroboam!! He forgot to study the Scriptures before using them in his sermon. Sounds like some preachers I've heard before. Of course, he was using the Word for devious purposes, sort of like Satan with the Lord in Matthew 4.