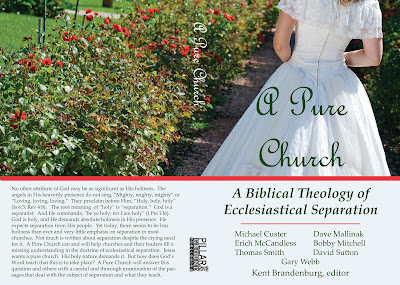 Multiple copies can be ordered by clicking on this next BUY NOW button.

I haven't written about this, but two of our daughters are presently in Europe with Young People's Symphony Orchestra (of which I'm on the board of directors), the second oldest youth symphony in the United States and the oldest in California.  They play violin, and have already had one concert (tonight, June 23).

The latter venue is considered to be one of the greatest concert halls in the world and is home to the Vienna Philharmonic.  It is called the Great Hall and the Golden Hall.  The building was inaugurated on January 6, 1870.  Brahms conducted there.  The Rudolfinum is home to the Czech Philharmonic Orchestra.  It opened in 1885 and is one of the oldest concert halls in Europe and of the finest acoustics.
Posted by Kent Brandenburg at 10:35 PM

Glad to hear this will soon be available. I went to purchase two copies but using that PayPal link assumes I'm buying one. Is there a separate link for multiple copies?

Secondly, will you be making this book available on Kindle?

I'll work at getting another link to buy at the multi-copy rate.

We'll be looking into turning it into kindle as well.

Still keen on purchasing a few copies if you can find the time to set up another link - I know several people who will be blessed by this one!