Corban: Rearing Its Ugly Head Again in Evangelicalism and Fundamentalism 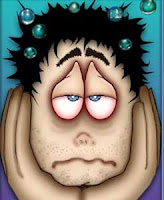 Over and over again today I hear Mark 7:7 from evangelicals and fundamentalists.

Howbeit in vain do they worship me, teaching for doctrines the commandments of men.

I love Mark 7:7. It's in the Bible. It's Jesus speaking. I agree that this verse is violated. Personally, I think that it is far less violated than these evangelicals and fundamentalists claim, and especially as it is related to their favorite targets. It applies nicely to Roman Catholics; you know, to penance and confessing sins to a priest, things like that. However, they like to apply it to any standard that the Bible doesn't mention explicitly.

If someone says anything is wrong with rap music, out comes Mark 7:7. Dancing. Mark 7:7. Movie theater. Mark 7:7. Crack pipe. "Well, that's wrong, so no Mark 7:7 on that." Why? "It just is. You've got to be kidding them if you say it isn't." So Mark 7:7 seems like a verse convenient to use to protect the activities of one's own desires.

For a moment, let's leave Mark 7:7 in play for removing the standards often a part of the requirements of personal separation. The Lord Jesus didn't stop at Mark 7:7 in His instruction. A little further in the chapter and you get to verse 13:

Making the word of God of none effect through your tradition, which ye have delivered: and many such like things do ye.

Jesus gives an example of how they "ma[de] the word of God of none effect" in the previous verses, between Mark 7:7 and 7:12. The religious leaders made loopholes for themselves, so that they wouldn't have to obey what God said. For instance, they didn't want to have to use their money and possessions to take care of their own parents, so they found a loophole for that, which they called "Corban." The Lord said concerning this in vv. 10, 11:

For Moses said, Honour thy father and thy mother; and, Whoso curseth father or mother, let him die the death: But ye say, If a man shall say to his father or mother, It is Corban, that is to say, a gift, by whatsoever thou mightest be profited by me; he shall be free.

"Corban" was a religious tradition. The Pharisees believed that if someone said "Corban" over all his money and possessions that they instantly all belonged to God. Since they were now God's possessions, a person could not rightfully give them away. Those monies and possessions were no longer one's own, so he could not give them away even to his own parents. This validated his greediness and stinginess as a kind of superior, albeit fake, spiritual state. He wasn't abstaining from supporting his parents, but instead "honoring God." God, of course, wasn't pleased, but in the religious man's own self-delusion, he had a sufficient theological reason for refusing to obey Scripture.
Scripture often guides men by means of its principles. Historical record shows that those principles have been applied indentically for centuries to Christians lives. God doesn't always give commands, but that doesn't mean that the principles of the Bible are any less authoritative than them.
What is the modern equivalent of "Corban?" One is the use of "God looks on the heart" to assume that God doesn't look on the outward appearance. Another is quoting Matthew 7:1 ("Judge not. . . .") so that people won't judge you. However, the one I most commonly hear today is the notion that if you have any interpretation of a passage or any external source to back your view, then you must be granted certification as having a valid position that can no longer be questioned, especially for the sake of unity. If you can find one remote lexicon that gives you an alternative meaning, then you should be tolerated.
After you apply the biblical principle to this last example of Corbanites, they will often say things like:

You can't say that I'm wrong. You can say only that we've got two different positions.

You shouldn't say I'm disobedient. You should say that I've sincerely searched this out just like you, but have honestly come to a different viewpoint as you.

You shouldn't be so dogmatic about teachings that have more than one position.

When there are so many interpretations to a passage, we can't really be certain enough about its meaning to say that someone is wrong.

Do you understand how that this loophole is "Corban" reincarnated, and that it really is a man-made creation "making the word of God of none effect"? And I see these Corbanites all over among evangelicals and fundamentalists. So I say to them......Mark 7:13.

Posted by Kent Brandenburg at 8:53 PM

Excellent post. I hear the same things all the time. I have never heard the Mark 7:7, but I have heard different versions of the questions at the end of your article. Great information.

Brother, you said it!

This reminds me of this verse:

Revelation 3:14 And unto the angel of the church of the Laodiceans write; These things saith the Amen, the faithful and true witness, the beginning of the creation of God;

The six other letters were addressed as "the church in Sardis" or "the church of Ephesus," etc. But this one is addressed differently - it does not say "the church of Laodicea," but "the church of the Laodiceans." All the other churches were identified by their overall beliefs and practices - but this endtime church is not unified on doctrine, not united in practice - rather every man is doing what is right in his own eyes. Laodicea means "the righteousness of the people." Rather than walking according to God's Word and having God's righteousness - everyone is out for themselves spiritually.

It amazes me - and even stuns me - when I see Christian message boards or individual members, ministries, etc. that once seemed to stand solidly on the truth, now winging it doctrinally - and when you question their far out doctrine (and attempt to show it wrong by the Word of God), you are the one who is out to lunch according to them and others who are involved in the same discussion. Some doctrines that I took for granted are now even questioned by these same professing believers - and there is no thought on their end that they could possibly be wrong or that their brand new position might have any problems in it - you don't accept their beliefs as they see it, then the problem is with you.

Sorry if it seems like I am venting, but I just had this happen to me on a message board I have been on for years. I know there are some problems with it - but the few people that are now winging it doctrinally are not the wackos or newbies, but some longtime members. One of the debates that came up yesterday was because some members believe that Jesus had a physical body (as God) before He was born in Bethlehem (as a man)! Yes, He took on a physical appearance at times as the Angel of the Lord - but Hebrews 2 states quite clearly that He was not an angel, and it was through the virgin birth that He took on a human nature/body.

Made me feel like I just walked into a cult message board... Leaves a bad taste in your mouth and an uneasiness in your spirit - that's for sure!

Jerry, you're right. You can pontificate here on it. You are correct, and great point about the church at Laodecia. Be well, brother.

Thanks Nicolas. I do believe the Corban nails them.

Kent:I found you through some good comments you made over at Pyro. Of course they gave you the usual sneering-looking-down-their-long-noses attitude from "on high", which is the adversary speaking through them when you push their guilt button. I also appreciated Lance up in Alaska for what he said. They think they know all the correct doctrine and that makes them a christian, but it doesn't translate into faith and holiness of life, so what good is their "pure" doctrine? No different than their fathers the pharisees. Appreciate this post on "corban". You hit the nail on the head.

P.S. I like your term "cemetary" for seminary; how true.

So true! And, it's even worse than that. The evangelical crowd wants us to believe that those that hold to a literal and strict interpretation of the Bible for personal conduct are very very unspiritual. They claim we don't care about people and the problems they face. They claim we don't sympathize, and that we would rather see the majority of teens go to hell, than to "loosen up" a little and win them with rock music. What a falling away we see! Many independent Baptist churches are falling into this. It's very hard to watch. Even so, come quickly, Lord Jesus!

Everyone remembers the Pharisees as those who ADDED to the commands of God, and like to forget that they were blamed perhaps equally as much for TAKING AWAY from the commands of God, such as you reference in this passage, and as you can find in many places. In fact, they often ADDED in ORDER TO SUBTRACT, as in this case. So when we see people acting so sanctimonious about how faithful they are only to the word, and not to the traditions of men, while they trample the spirit of His word as their sacred privilege of "Christian" "Liberty", then we can certainly know their heritage.