I've come back to say that I wouldn't call preservation of scripture a miracle any more.  I would say that God uses supernatural means, working outside of natural laws.  I came to the conclusion since I wrote this that a miracle is confined to a "sign" in scripture, which ended in the first century. 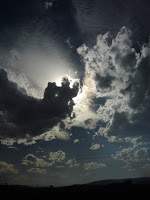 Do we have a specific, Scriptural reason why to call inspiration a miracle and preservation only providence? What does it matter? Some people think this is an important division. Consider how Mike Harding, one of the authors of God's Word in Our Hands, has answered this:

[T]here is no promise in God’s Word for a miraculous, immediate, divine working in the copyists or translators. Such a promise would necessitate continuous miracles each time the Bible was copied or translated. Claiming such a promise would be adding a new doctrine to God’s Word. A biblically defined miracle is the direct application of God’s power into the universe. A work of providence, however, is indirect, as opposed to miraculous intervention. God has promised to preserve His Word through secondary causation (Ps 119:152), but not through a miraculous transmission of the text.

According to Harding, no errors in the originals because of inspiration is a miracle, but errors in our Bible because of preservation is providence. Why is it so important to differentiate these two? I've never heard providence and miracle picked at so much. This is a vital differentiation to him and others like him because they think it directly connects "providential preservation" (as seen in the Westminster Confession) and "textual criticism." Notice that Harding says, "biblically defined miracle." Where does the Bible define "miracle?" Of course, it doesn't anywhere, but Harding wants you to believe that. Harding's contention, really invented out of thin air, is that providence allows mistakes into Scripture, while a miracle would keep out any errors from God's Word.

If you read Henry Morris' book on miracles (I think it's called Miracles---I read it at my father-in-law's last Christmas vacation), he says that providence is a miracle. On the other hand, in Martin Lloyd-Jones' book, God the Father, God the Son, he says that miracles are a sub-category of providence. In the Biblical Commentary on the Old Testament (T & T Clark, 1867, p. 331), Keil and Delitzch write the terminology, "the miracle of divine providence." Cotton Mather in 1631 called Urian Oakes a "Miracle of Divine Providence." Herbert Lockyer in his All the Miracles of the Bible writes concerning Elijah that "his daily prayer of faith was answered by a daily miracle of God's providence in the unfailing supply of meal and oil" (p. 111). In 1882 in his biography, Oliver Cromwell: His Man and His Mission, James Picton writes that in the mid-17th century Cromwell believed that "peace preserved amidst the perservering efforts of faction was a miracle of God's providence" (p. 484).

Many say that Divine providence is a miracle. It even reads like historic doctrine. When we read Scripture, we don't see what might be termed "providence," such as the events of the book of Esther, to be a lesser miracle than the so-called immediately caused hand of God. These events of providence, such as the raising up of Cyrus by God to deliver Judah from Babylon, are not relegated to a second class act of the Lord. I know of nowhere historically that providence is separated from miracle.

Apparently, in order to keep textual criticism within the confines of the historic theology of believing confessions (Westminster, London Baptist, etc.), modern textual critics and their supporters must reinvent the providence of God. By doing so, they can fabricate their own history. This isn't unique to Biblical criticism. We have the miracle of God's creation attacked by theistic evolutionists who say that evolution can explain how God providentially brought the world into existence. As a result, among others, Mike Harding writes:

The Bible teaches that God preserves everything that He has made. It is a continuous work. Some have tried to say that this doctrine of preservation simply means that God does not destroy the work He once made, but that is not preservation. It means more than that; it means that He keeps everything in being. . . . [E]verything that has been created by God has a real and permanent existence of its own, apart from the being of God, but that must never be taken to mean that it is self-existent, which belongs to God alone. If things were self-existent they would not need God in order to keep going. That is the difference. God has created a thing, and He keeps it alive. He upholds all things, and they continue to exist as the result of a positive and continued exercise of His divine power.

Lloyd-Jones sees preservation as providence and it is the continued exercise of God's power, which is by nature supernatural.

God has supernaturally preserved His Word. He has providentially preserved His Word. God has done a miracle of providence. Since it is a miracle, I can't explain the details of how He did it any more than I can decipher how Jesus fed the five thousand. I just know He did, and I know God kept every Word because He promised He would. With that faith, we can understand how God perfectly collated His Words into one perfect book. We comprehend by faith that God brought together sixty-six books, despite the fact that the Lord never promised a certain number. That is a miracle. That is providence.

Mike Harding and others don't mind throwing providence under the bus in order to keep intact their particular view of textual criticism. Ironically, Harding and others find it quite easy to call anyone who believes in the perfect preservation of Scripture to be guilty of some kind of heresy or perversion of historic doctrine of Scripture. In reality, it is so much the opposite. They posit the new view that can't be traced before the late 19th century and the work of Benjamin Warfield. I actually like Harding when I read him, but he's all wrong here and I wish he and others could see it. He and others like him not only do great damage to a Scriptural view of preservation, but now to what the Bible teaches about God's supernatural workings to fulfill His promises through history.
Posted by Kent Brandenburg at 1:55 PM

I've recently been thinking that God's providence displays His power more than His miracles.

Because He is the Creator, He has the power to suspend His creation and act miraculously. But when we contemplate all that had to be coordinated, "coincidentally" of course, for God to accomplish his will providentially; our minds our boggled.

God could have picked up Mary and Joseph and landed them in Bethlehem like he did Philip after his meeting with the Ethiopian eunich. That would have been a miracle. Instead, He coordinated the movements of the whole world; He put it in the heart of the emperor of the world to tax his realm; He orchestrated the thoughts and actions of multitudes to fulfill the promise He made in Micah.

He can do the same thing to keep His promises concerning His Word. And, yes, it is not miraculous in narrowly defined terms, but it displays His power in mightier ways than what He did to originally give us His Word.

I like what you're saying and I as well as Christians all over the world think the same thing. We're not into highly technical definitions that limit God for what seem like selfish motivations.

I'm going to write another one soon to explain how the miracle of preservation could have taken place.

First, I agree that when you compare a direct miracle (like say the healing of a blind man), with a miracle of providence (like say, the water cycle), the miracle of providence is the greater miracle. When I think of Providence, what stands out to me is the great care God takes for the hairs of my head. It is a great miracle, and evidence of the mighty power of God that, when I washed my hair this morning, the only hairs that came out of my head were the ones that had permission. And the majority of the hairs on my head did not have permission to leave. So they didn't.

But if God cares that much for the very hairs on my head (which are miraculously preserved for these last thirty-some years), how can we then say that God has more care for the hairs on the collective heads of 6 billion people than he does for the very words that proceeded out of his mouth.

In other words, it is a great miracle that God cares for the hairs on our head. It is a testimony to the details of divine superintendence. And if God cares that much for hairs, how much more does he care for His Words. And which is the greater miracle?

Secondly, it is disappointing that Harding does not apply his "Calvinism" more consistently. He believes in God's Sovereign control over everything except the very words of God. Somehow, God depends on man for that.